Techy Nicky
Home How to How To Factory Reset Xbox One X / S And Xbox Series...

At some point, you may need to factory reset your Xbox One due to errors or before selling your console, or for some reason.

No matter which model you own, Microsoft has made the process the same for all consoles, including the next-gen Xbox One X / S and Xbox Series X / S. It should be noted that factory reset the Xbox console will delete accounts, saved games, settings, screenshots, and other information. It is recommended to make a backup or synchronize your account.

Here’s how to reset your Xbox One to factory settings to fix console problems or tweak.

How To Factory Reset Xbox One X / S And Xbox Series X / S?

A factory reset will CLEAR / ERASE all saved games, accounts, and settings. I would advise that you sync your account with Xbox Live so that most things are a backup. The best part about the Xbox One console (also Xbox One X) is that the automatic syncing with Xbox Live is connected to the service, so you don’t have to worry if you sync with Xbox Live from time to time.

READ ALSO:  Roblox FPS Unlocker: How to Download and Install on PC

However, if you are one of those players who has not connected to Xbox Live for a while, I would recommend that you connect to Xbox Live before starting the factory restore process. 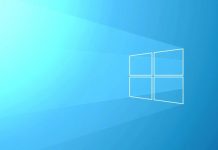 How To Activate Windows 10 In 2022 Without Downloading Any Software Roblox FPS Unlocker: How to Download and Install on PC How to get Valorant Mouse Cursor for Windows